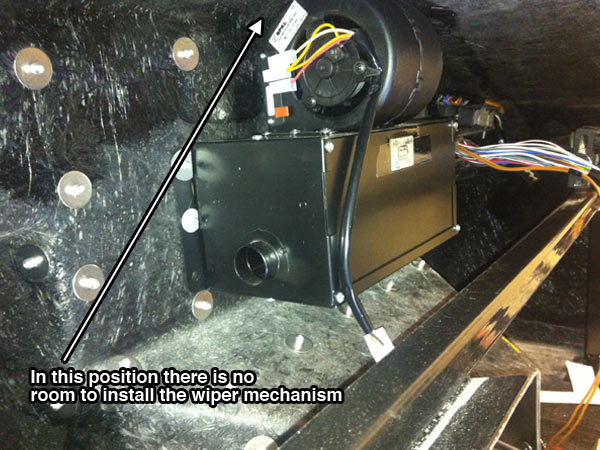 Firstly, we had to roughly mount the dash to work out how much room there would be behind the dash once this is installed together with the wiring loom. As we suspected the space behind the dash is very tight and doesn’t give much room to play and to find the new position for the heater box. After some fiddling and some discussion we thought that moving its position back and down while also tilting the angle slightly  forwards would probably work best. Firstly this gave us enough clearance above the heater box for the wiper mechanism but also allowed the angle of lower heater outlets to be aimed more into the cabin rather onto the lower bulkhead. 2 positive outcomes! 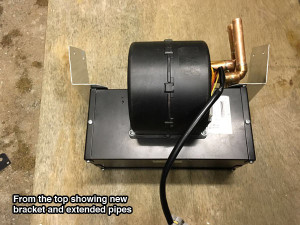 In order to install the heater box in this new position we realised that we would have to make 2 new brackets as well as extend the pipes from the back of the heater in order to connect it back up to the heater matrix on the other side of the bulkhead within the engine bay. This took some time to get the angle of the pipes just right to get them to protrude correctly. Once complete we then remounted the heater using rivets to secure the heater and the the new brackets back to the bulkhead. 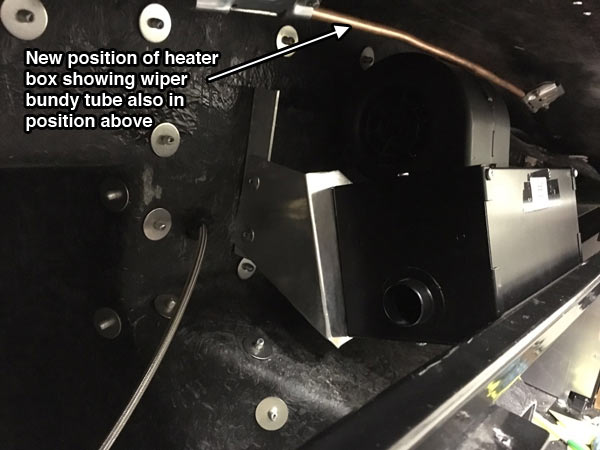 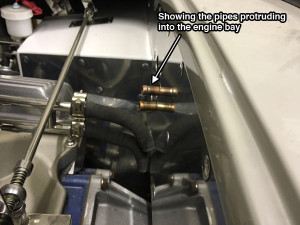 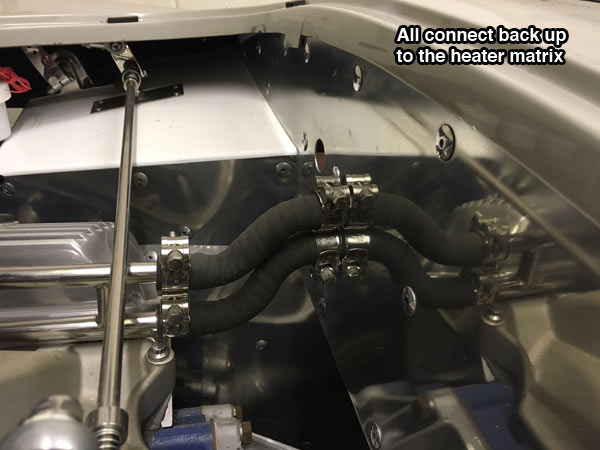