We spent another day on the build and thought it was time we got on with the wiring. Wiring up the outer components such as the lights, fuel pump, was all quiet straight forward as we had run the front and rear parts of the wiring loom previously. We also created an earth to the chassis which we did underneath the rear axle.

The main challenge is to connect the front and rear parts of the wiring loom to the central part which is eventually located behind the dash and connects to all the gauges and switches on the dash, as well as the fuse box and relays. This can easily become like a mass of spaghetti and a little overwhelming. Fortunately we had spend time previously labelling all the wires and connections separately which made it easier to follow the wiring diagram. We decided to connect up the gauges and switches before bring the dash back into the car. 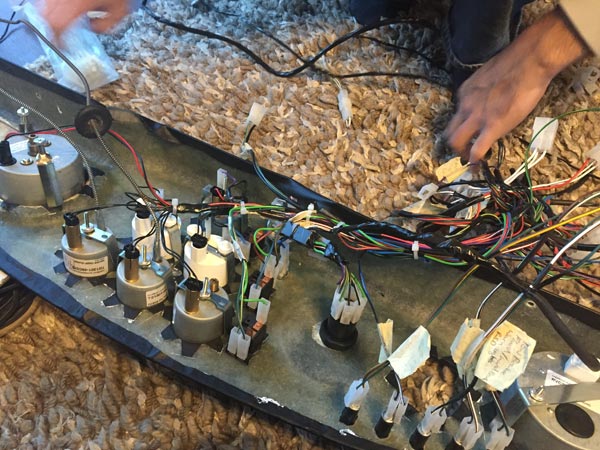 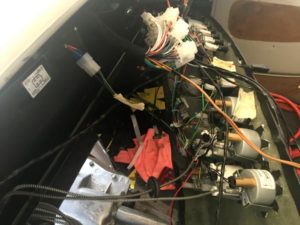 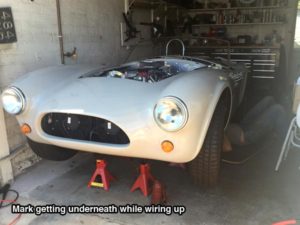