We’ve been having some supply problems with some parts over the last few weeks which has held us up a little. Even so we decided to get another day in on the build as we had several smaller jobs that needed to be done.
<br/

The first job of the day was to fit the heater demister vents that will feed warm air onto the windscreen. We had decided to install the cobra aluminium vents which are slightly longer than MGA ones. We plan to eventually polish these up at a later stage and get them looking really nice.
<br/

The body is marked with previsional positions for the vent holes but as we already had the windscreen fitted we found these marking to be a little close to the screen (perhaps due to the increased rake of the LeMan screen). So we spent a little time carefully measuring and working out the best position for them. In the end we basically moved them back about 2cm from the previsional markings.
<br/

Once the position was sorted we removed the screen so we could do the drilling, dremelling and filing of the holes. Before fixing the vents into place we decided we could also fix the heater matrix vents to the underside of scuttle which will eventually be behind the dash and connect to the heater matrix. Due to the body having a slight curve we lined the edges with a foam padding in order to give them a decent seal against the underside of the body when fitted. It was then just a case of using the screws and nuts provided to fit vents above and below the scuttle. 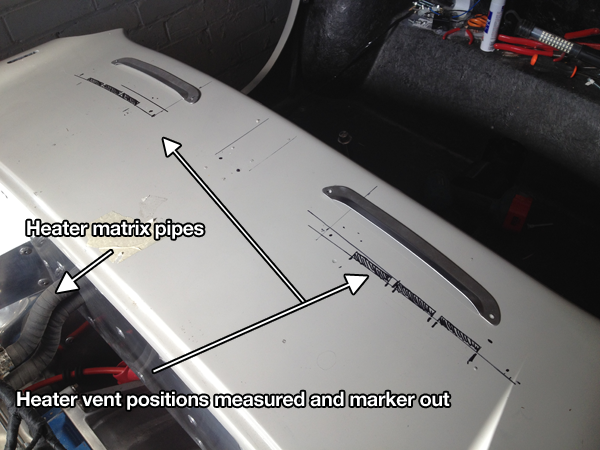 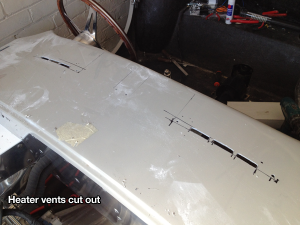 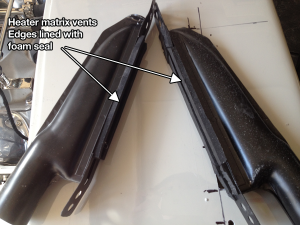 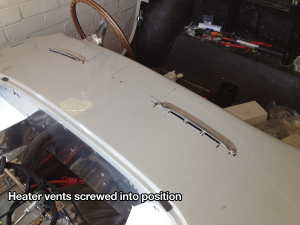 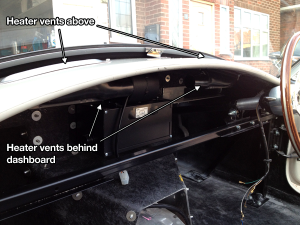